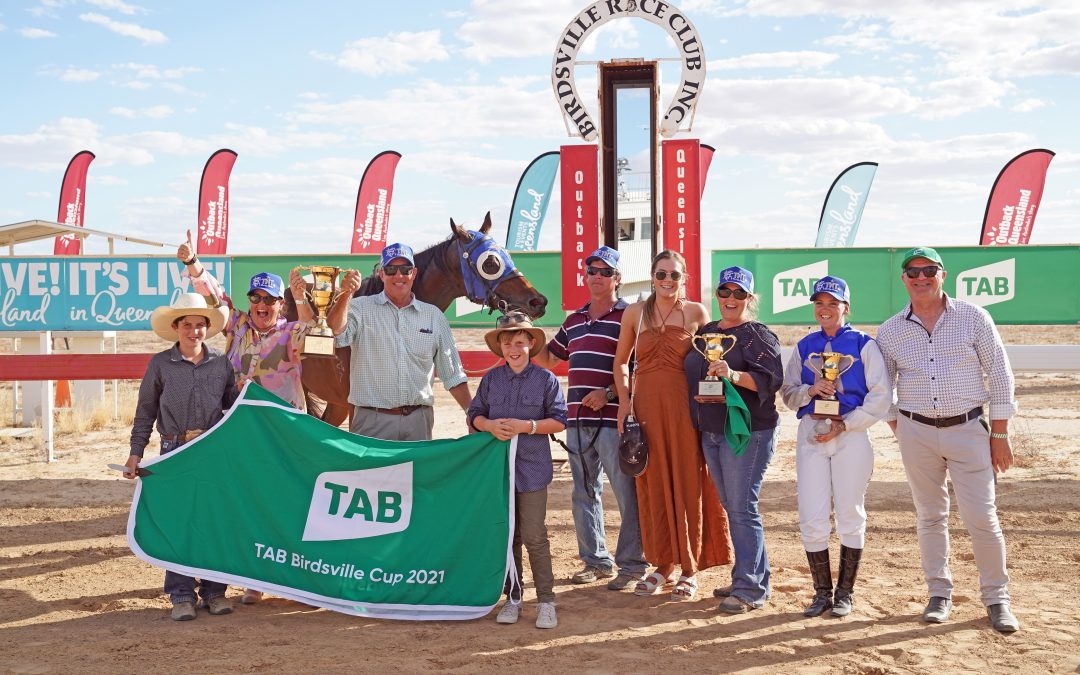 Austin nabbed his third Birdsville Cup career win, following his victory with Primed back in  2013, and French Hussler in 2019. This makes Austin the most successful Birdsville Cup trainer since 2000, having won three of the last eight Birdsville Cups.

Owned by a syndicate including Todd Austin’s wife, Toni Austin, Echo Point was the punters’ pick going into the Cup and did not disappoint. Toppling a quality seven-horse field, the connections of Echo Point nabbed the winner’s portion of a record $42,000 – the largest prize-purse in the race’s prestigious 139-year history. The only two female Jockeys in the Cup rode to first and second place, with runner-up Jade Doolan (Mackay, QLD) racing upon the John Manzelman (Mackay, QLD) trained Shiranda.

“He (Echo Point) just ran well in Longreach, so we had high hopes with him. Brooke had a magic ride, it’s been a magic day. She stayed patient and Echo Point was comfortable. We couldn’t have asked for more. Thank you to the other owners and thank you to the Birdsville Race Club. We hope to be back out here in September to do it all over again. What a day and what a win,” said Toni Austin, wife of Todd Austin and part-owner of Echo Point.

Following the race, Cup runner-up Jade Doolan, commented: “I’m so happy for Brooke! I love the girl power that helped us come in first and second.”

“He had lots in the tank. He’s got a lovely gentle temperament and did so well in tough conditions out here. Cheers to the Birdsville Race Club for putting on such a great day, and to the Austins for giving me the ride.”

“The Austins have a strong connection with the Birdsville Races. They’ve now won three Cups. It’s been another great day with good crowds and we look forward to doing it all over again in just five months’ time,” said Birdsville Race Club Vice President, Gary Brook.

Todd Austin has attended more than 25 Birdsville Races as both a jockey and a trainer since he was a young boy, while his wife, Toni Austin, has been attending the Birdsville Races for 20 years.

The final day of Outback Queensland’s richest two-day race-meet saw close to 3,000 revelers converge on the tiny town of Birdsville to party and punt across a stacked seven-race card, with cornflower blue skies and striking desert terrain further heating up the bumper action.

The previous day’s scorching 38-degree heat soared further, making way for gruelling race conditions, as thousands of trackside punters dressed to the nines for seven back-to-back races and an array of Outback entertainment and activities.

Outside of the race action, Fashion on the Fields was a final day highlight, with classic, contemporary and novelty divisions for men, women, couples and families Much-loved television personality and 2022 Birdsville Races ambassador, Sammie O’Brien, co-judged each division with an ever-discerning eye. 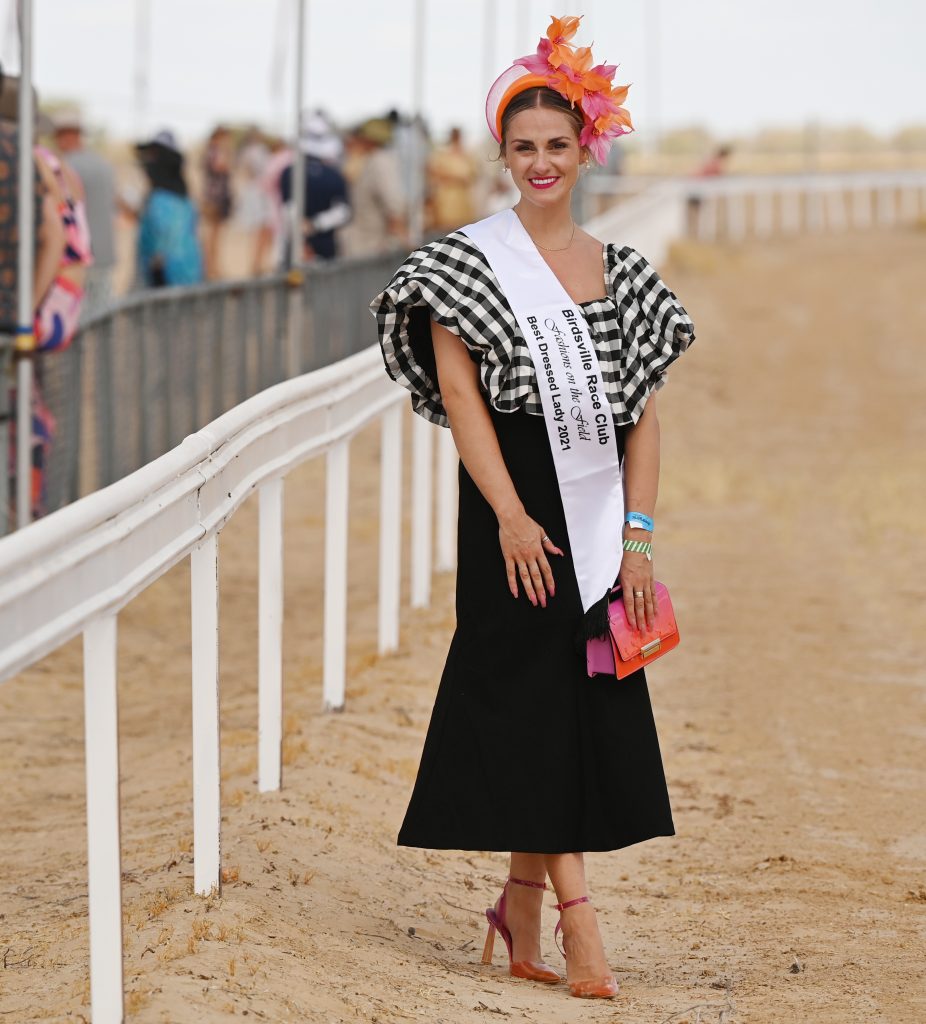 Winner of the fashion on the fields , Katie Spencer from Canada. Lyndon Mechielsen/MaxAgency

As in previous years, entertainment and trackside hospitality were also key drawcards, while live music, pub festivities and Fred Brophy’s famous Boxing troupe kept crowds bustling in the township of Birdsville itself.

Outback icon, Fred Brophy, has been taking his legendary boxing troupe to the Birdsville Races since 1978, and will do so again when the next edition of the Races kicks off this September. Showman Brophy operates Australia’s only boxing tent, and one of the last remaining travelling boxing tents in the world.

Returning for the first time since 2019, this week’s Birdsville Races were held as a history-making one-off in April, in replacement of the postponed September 2021 event. The April edition fielded 84 entries across a 13-race program, with horses, trainers and jockeys travelling from as far afield as Mackay (QLD) Strathalbyn (SA), Blackall (QLD) and Darwin (NT).

The April 2022 Birdsville Races offered a record combined prize-purse of $262,500 across the two days of racing, as well as offering what is believed to be the single biggest trainer bonus in the history of Country racing in Queensland.

The bonuses offered to trainers across both editions of the April and September 2022 Birdsville Races are also expected to be the biggest in the history of Country racing in Queensland.

If a trainer wins both the April and September 2022 TAB Birdsville Cup races, they will receive up to $15,000 in bonuses.

The Birdsville Races will return to Outback Queensland this September 2 & 3. Tickets will go on sale this May.