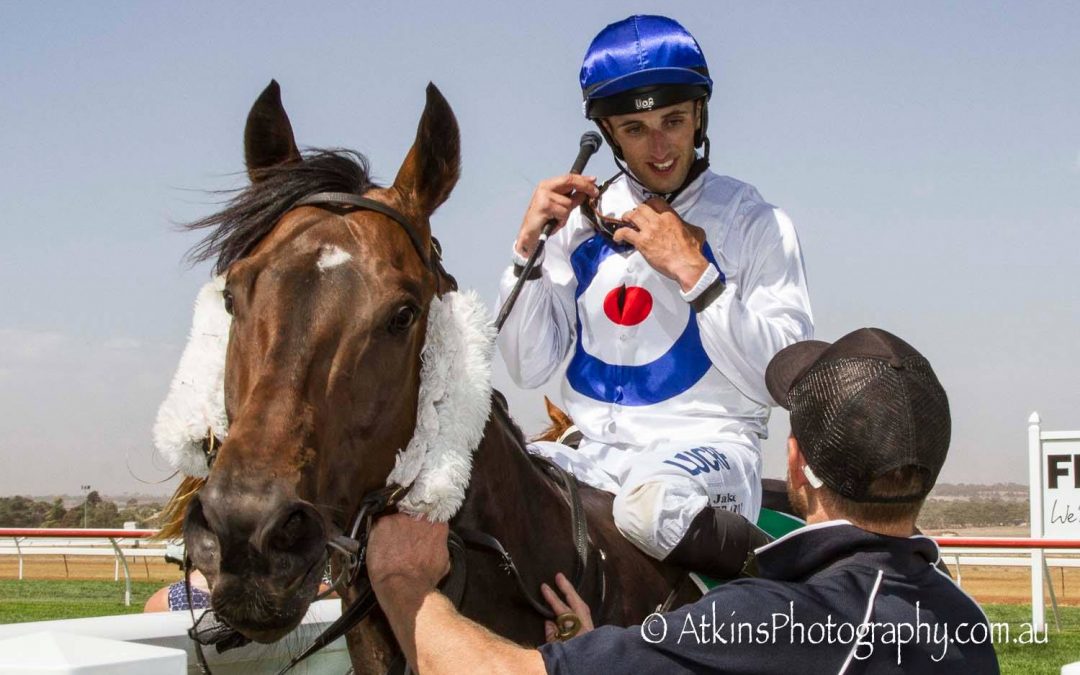 Group 1 trainer David Jolly confirmed he will field a starter in this year’s Birdsville Races.

Kicking off his spring racing campaign with a lifelong bucket list experience, Jolly today confirmed he will field a starter in this year’s Birdsville Races – the iconic ‘Melbourne Cup of the Outback’, which this September runs for a historic 137th year.

For the first time in his career, Jolly and his team will make the 2,400 kilometre return trek to compete in the carnival’s headline Birdsville Cup, with five year-old gelding Fulton Street and jockey Terry Treichel.

Treichel knows the Birdsville Racetrack, and is hoping to go one better than his runner-up Birdsville Cup finish on Boggoms in 2018.

“The Birdsville Races are something I’ve wanted to do for a long time now,” said David Jolly.

“Fulton Street trialled well yesterday, and that was the final confirmation we needed to pack our bags for Birdsville. We’re looking forward to the Races and are hoping we can have a good tilt at taking home the Birdsville Cup,” Jolly added.

South Australian-based Jolly is on track for a stellar spring racing season, with another charge Behemoth set to race in the new $7.5M Golden Eagle at Rosehill in November.

Jolly’s stables are located on the undulating coastline and rolling sands of Goolwa in South Australia – a training ground that has primed Fulton Street to gallop on sand. Jolly believes that Fulton Street’s experience on the dirt will hold him in good stead for the red desert sands of the Birdsville Racetrack.

The news of Jolly’s plans to race Fulton Street in Birdsville follows a newly announced partnership between the Birdsville Race Club and TABthat sees TAB (formerly UBET) become the naming rights sponsor for the 2019 Birdsville Cup, following UBET’s inaugural sponsorship of the race in 2018.

The deal follows a move earlier this year from Racing Queensland to expand QLD’s country TAB offerings, which now sees the 2019 Birdsville Races become a fully funded country TAB meet for the first time in the event’s 137-year history.

On the back of these arrangements, overall prizemoney for the carnival’s 13-race program increases to a record $233,500 – up 14 per cent from the total prize-purse in 2018.

This year, for the first time, prizemoney will also be awarded to top-10 finishers across all the carnival’s 13 races.

The TAB Birdsville Cup will once again award a record-equalling $40,000, while total prizemoney for the carnival’s feature sprint – the Road Tech Marine 1200m Open Handicap – will increase to $25,000.

The partnership will see the carnival’s full 13-race line-up televised into homes nationally via Sky Racing.

“We are getting more and more interest from Group 1 trainers and jockeys, who are keen to tick off the Birdsville Races off their bucket list. With Sky Racing set to broadcast all of this year’s Birdsville Races, our new TAB partnership, and overall prizemoney increases for the carnival, we expect interest from the horseracing world to continue growing ion the future,” added Gary Brook.

With just over two weeks to go until the iconic Birdsville Races on September 6 & 7, 2019, event organisers are preparing to welcome an influx of more than 7,000 intrepid travellers to the tiny township of Birdsville on the edge of Queensland’s Simpson Desert for a bumper two-day program of thoroughbred horseracing, and unique Outback entertainment and activities.

The Birdsville Races is supported by the Queensland Government through Tourism and Events Queensland and features on the It’s Live! in Queensland events calendar, worth $800m to the state’s economy in 2019.